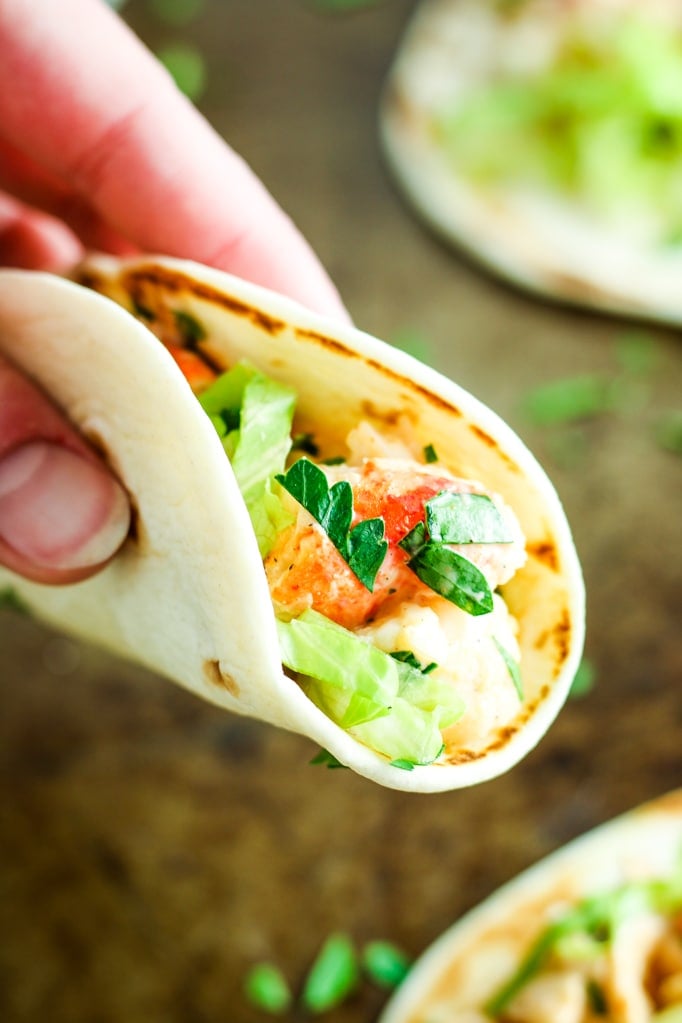 This is a sponsored post written by me on behalf of Mission®. All opinions are entirely my own.

Lobster Roll Tacos. Yes, you read that right. No, you’re not dreaming. We’re going full-blown fusion with this recipe today and let me tell you – it’s AMAZING.

Maybe it sounds crazy. We’re putting lobster roll filling in a tortilla? Yes, we are. A) Because we can and we should. B) Because Mission® Street Tacos Flour Tortillas are the perfect base for this situation. Soft, fluffy, and exactly the perfect size for snacking. And most importantly, we can stuff them with lobster. Mission also sent us their restaurant-style tortilla chips which I might have used to to dip extra lobster roll stuffing, and of course, salsa later on.

You guys may already know that I have a deep love for Mission products– I might’ve mentioned that before. And you probably already know that I <3 tacos in general. But I’d bet money you don’t know what I’m about to tell you. I don’t think I’ve ever mentioned it on the blog before but… I actually care a little bit about sports. And by that, I mean I love the Patriots. 🙊

I grew up in Colts country and we’re living in Broncos territory now – I can’t really explain where my team preference came from. What I can say is that it hasn’t exactly ever been a popular opinion anywhere we’ve lived. But I can’t help it. 🙆 I’m a big fan of Tom Brady and I don’t care who knows it. That kind of statement can lead to some pretty heated discussions, but as long as there’s good food and good company, it doesn’t really matter who wins. Right? 😉 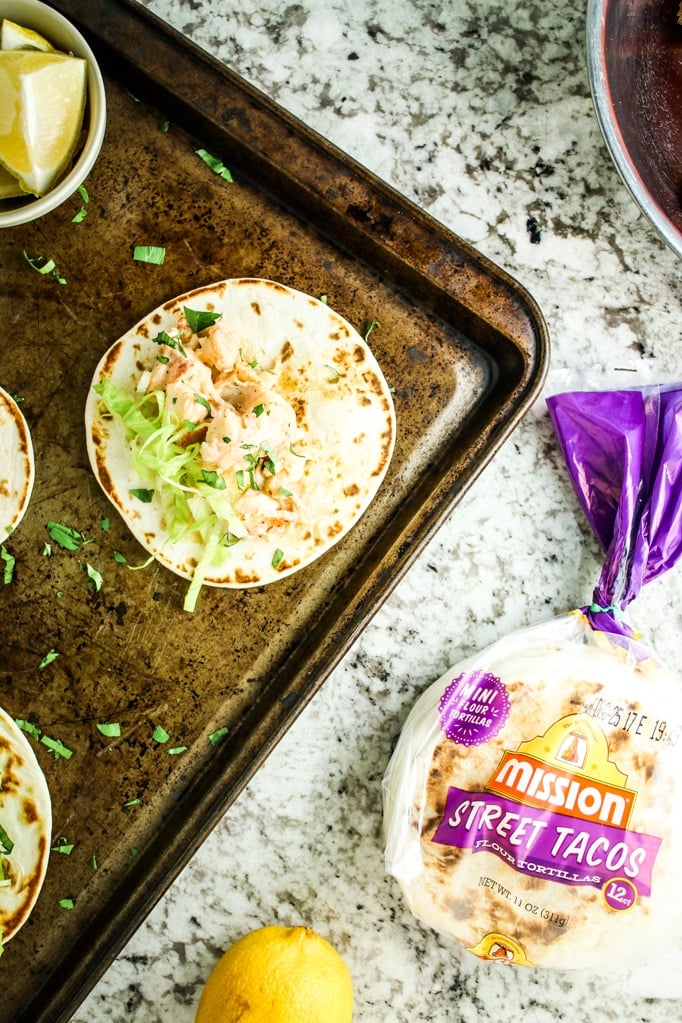 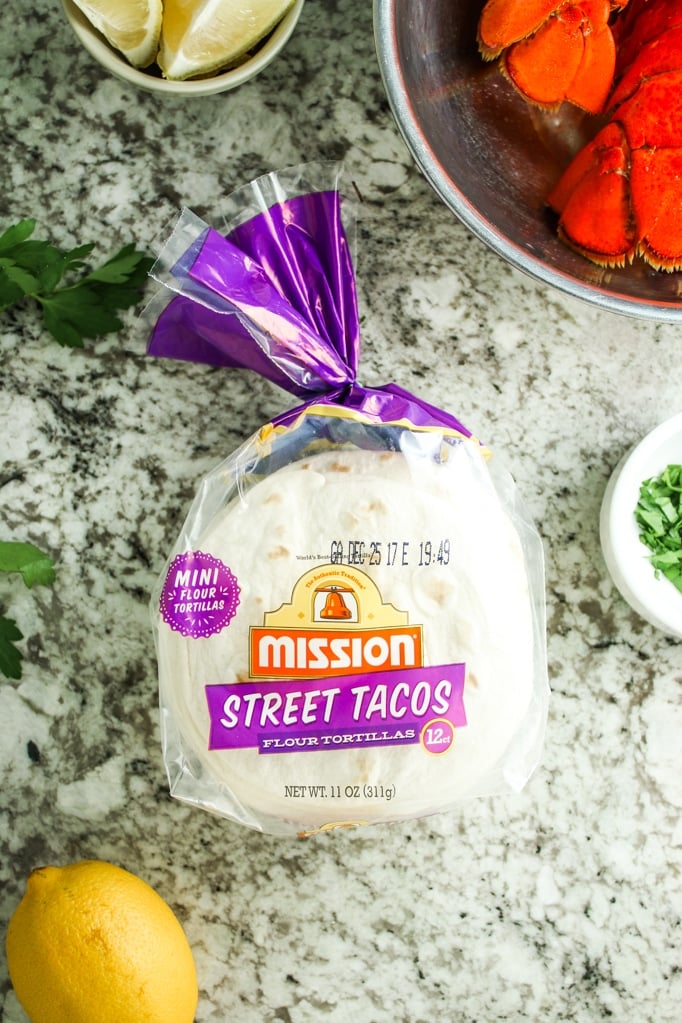 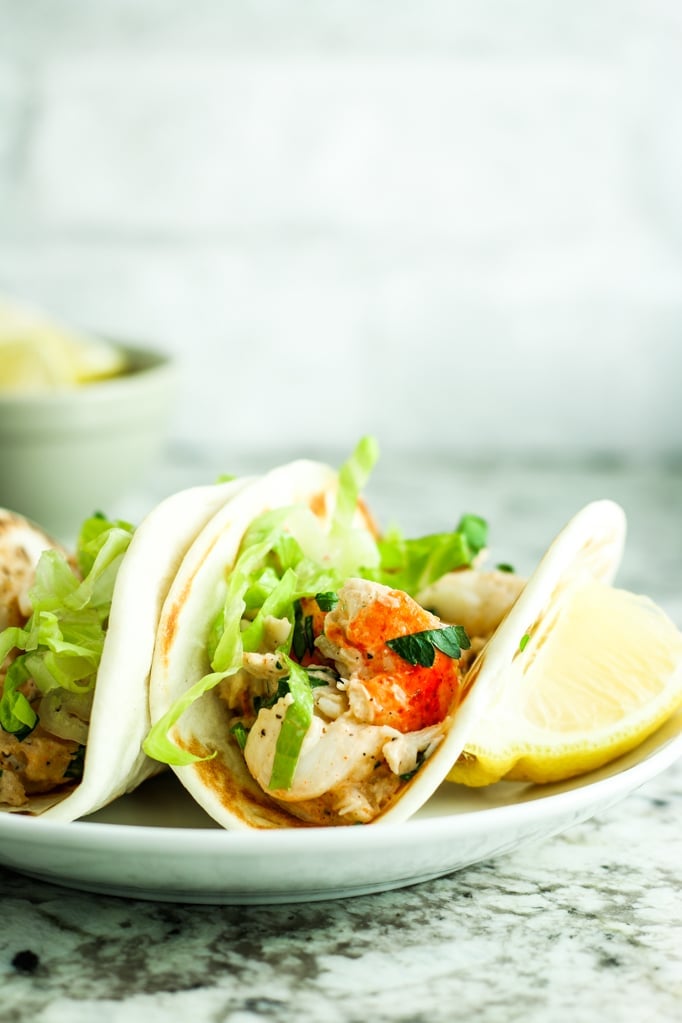 So that’s how we got here today – eating lobster roll tacos together and getting ready for the “Big Game” because New England is home of the glorious lobster roll and the Patriots are probably going to be playing. And if we’re being honest, I bet they’re going to win again. 💁

These tacos are exactly the kind of appetizer I like to eat during a game. I don’t really mess around with munchies or sweets. I like handheld food that delivers a maximum flavor party and that’s exactly what these tacos are. Miniature, street-taco-sized lobster rolls – BOOM.

No matter who wins, I think YOU guys should win too. Mission is doing a sweepstakes so that you can get the CHANCE TO WIN your own team’s game day party kit. Prizes include a Roku® Streaming Stick®, party decorations, a recipe card for your favorite team (maybe mine!), and a 70-inch 4K TV. It’s running from January 1st through February 4th so go enter the sweepstakes and get a piece of this action! 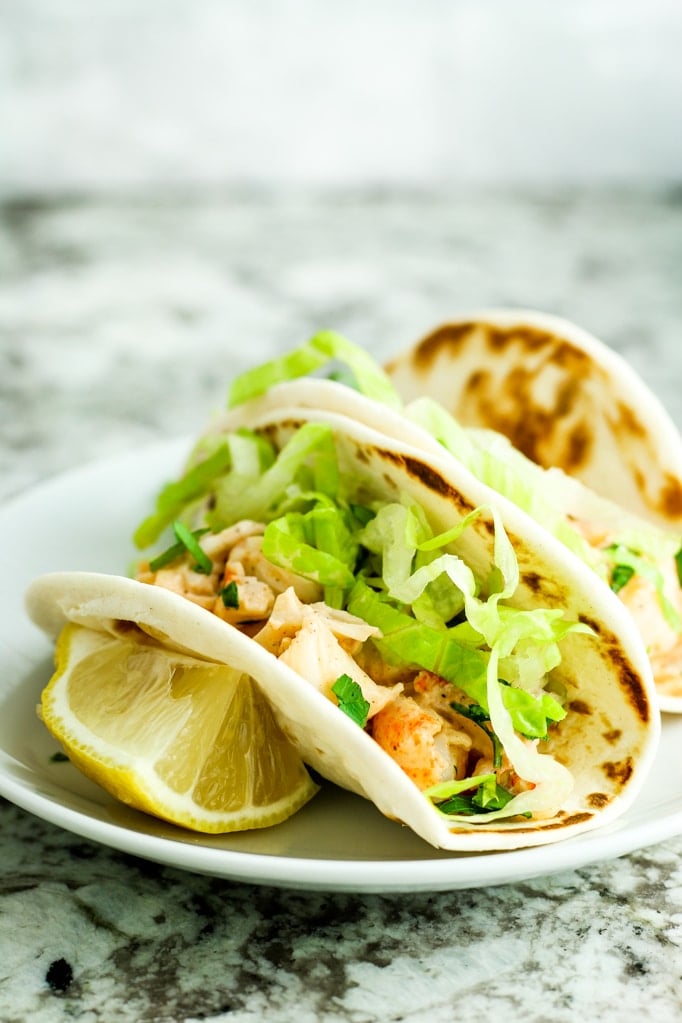 Even if you’re not a Patriots fan (I won’t judge you), you will LOVE these tacos. If you guys make them, let us know – tag us on Instagram so we can see your creation in action! 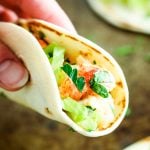 This lobster roll taco recipe is a perfect game day appetizer idea – especially for Patriots’ fans! Load up street taco-style tortillas with the lobster mix and enjoy with friends.

In a large pot, bring water to a rolling boil. Add salt and lobster tails. Boil 10-12 minutes until the shells turn red.
While the lobster is cooking, make the sauce! Combine mayonnaise, lemon juice, parsley, sriracha, pepper, and cayenne in a small bowl and whisk together until smooth.
Once lobster is finished cooking, use tongs to remove them from the pot and set aside to cool.
When they’re cooled enough to handle, strip the meat from the shell. Chop roughly into 1/2″ pieces.
Add chopped lobster to a bowl and pour the sauce over. Stir together until the lobster is well-coated.
Scoop about 1/4 cup of the lobster mixture into the tortillas. Top with fresh parsley and romaine and enjoy!