Some Sunday mornings simply call for donuts. There's no getting around it. Muffins, pancakes, cereal, omelets -- they just don't fit the bill. We've had this mini donut pan in our arsenal for upwards of two years now. It's high time we took the thing for a spin.

Few people would argue that donuts are one of life's most enjoyable sins. But isn't everything somehow better in miniature form? Mini golf, mini muffins, miniature yorkies, etc. Mini things are cuter and I swear, for whatever reason, they taste better too. Mini donuts are the most genius idea since sliced bread. It's like everything that is amazing about a donut, shrunk down into adorable, bite-sized form. We left out the gluten for a healthier, tummy-friendly donut. And thanks to the coconut palm sugar and cinnamon, these taste and smell like some kind of caramel-molasses heaven.

You'll need a miniature donut pan for this recipe!

They're delicious without glaze, sprinkles, or chocolate... but we decided to complement them with a hint of coconut palm sugar. It has such a warm, caramel flavor that topped these off perfectly. Sprinkle a layer of sugar on a small plate, then use a knife to "butter" the tops of the donuts. Place donuts buttered side down in the sugar until you run out of donuts. Enjoy with mimosas, while lazing in bed, and with chill Sunday tunes. 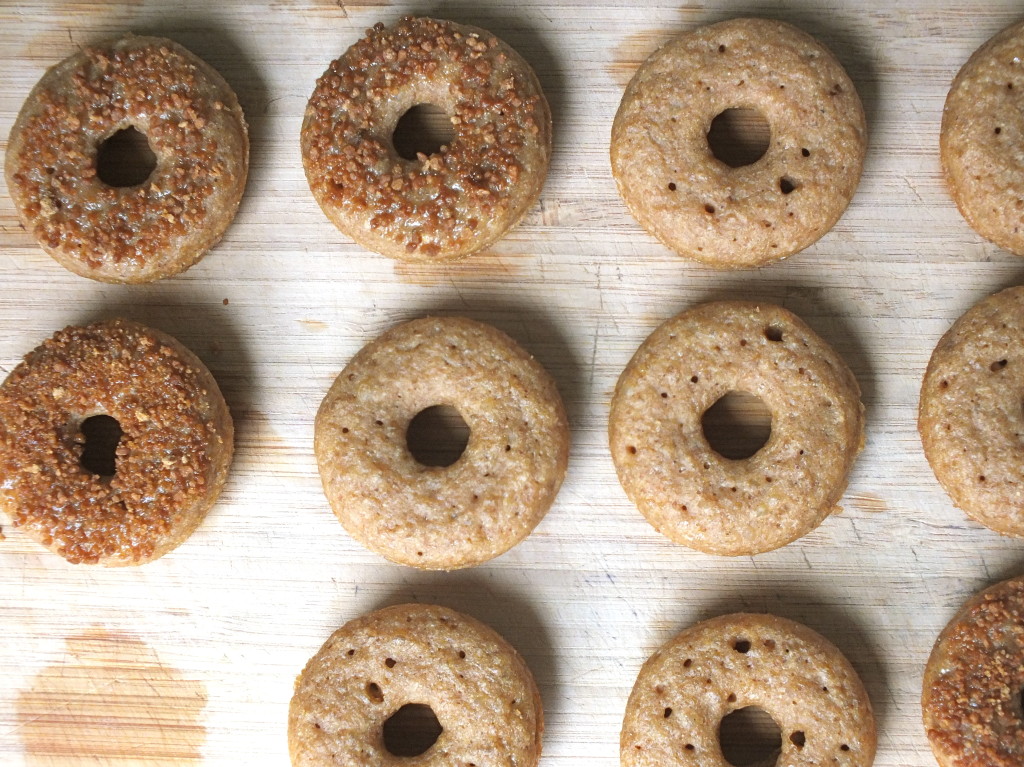 Made with quinoa, cinnamon, and coconut sugar, these gluten free donuts pair perfectly with coffee and brunch.