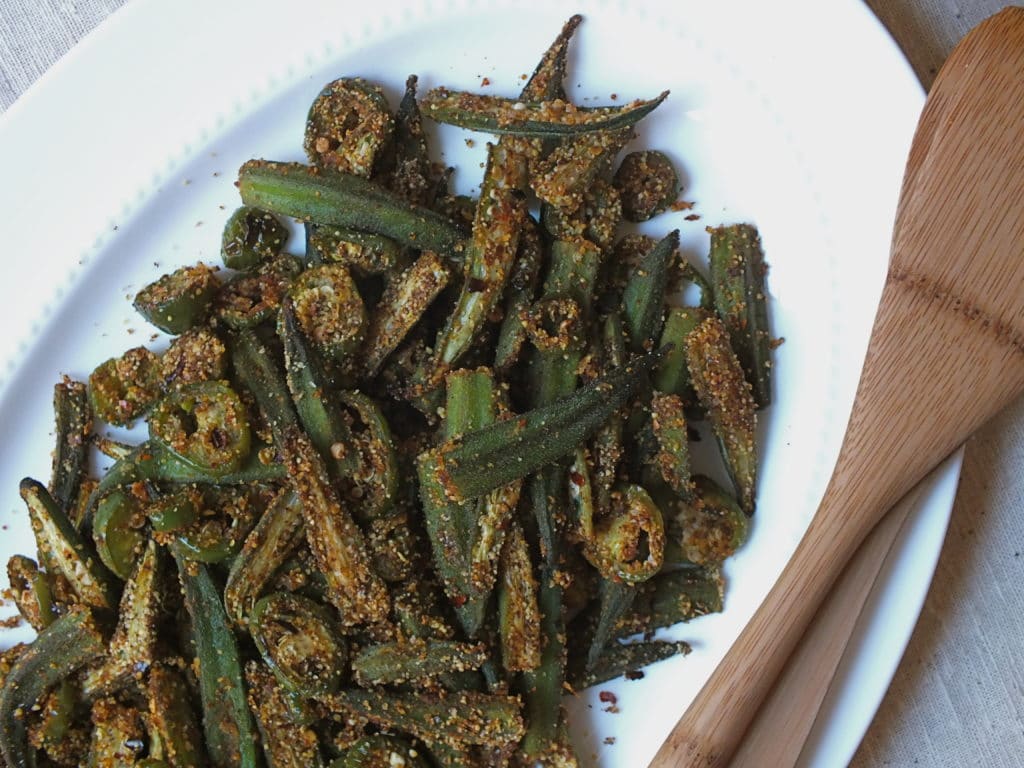 One of my 2011 New Year’s resolutions was to force myself to like more foods. 2011, I decided, would be the year that I developed my palate. No more chicken tenders, no more judging foods before I tried them, no more vegetable-avoiding. Since then, I’ve learned to love countless new foods. Things like avocados, all manner of greens, nuts, whipped cream, and chili – all of which I used to turn down without so much as a nibble.

Every time that I tried something new, I swear I could hear “A Whole New World” playing in my head. Like, really… WHAT was I so afraid of with all of these amazing foods? And what else was out there, just waiting to be tried by my virgin tastebuds? 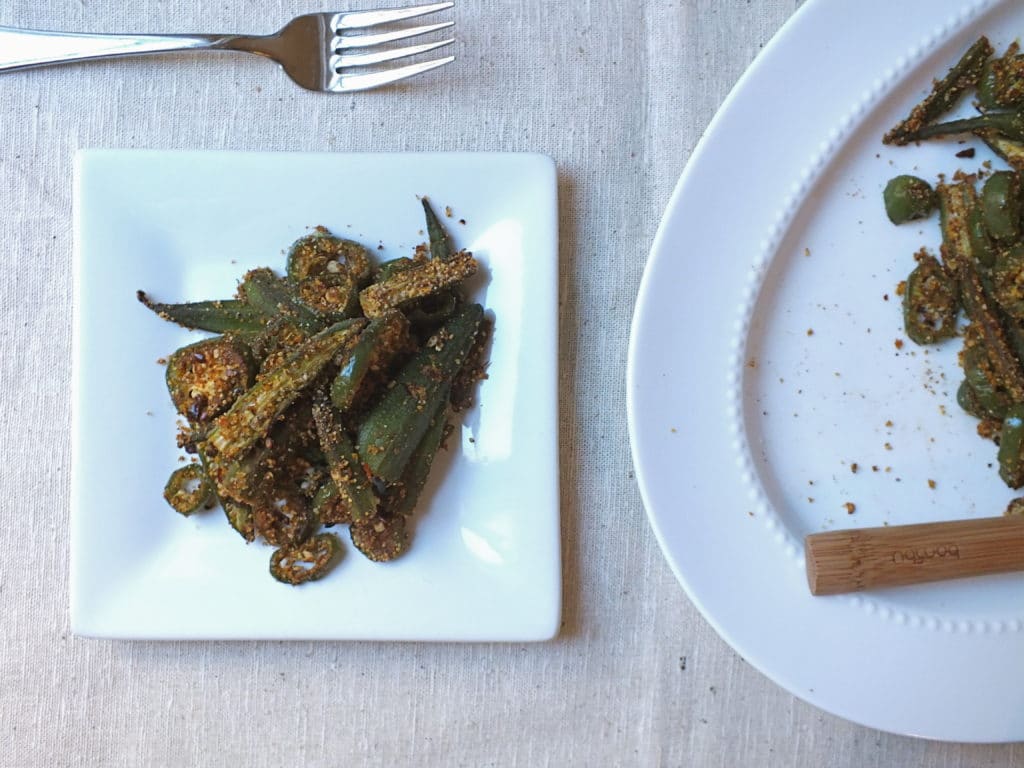 Enter okra, stage left. The first time I ever tried okra was last fall; my first bite was taken with a wrinkled nose and eyes pinched shut. The first time okra hit my tongue though, it was game over. The unique flavor and texture was nothing like what I had expected. Since then, okra has become synonymous with fall.

Some people get excited for the pumpkins, but me? I’m all about the okra. As soon as mid-August rolls around, we start looking for it at our local market and later in the season, we hit up the farmer’s market to buy it in bulk. 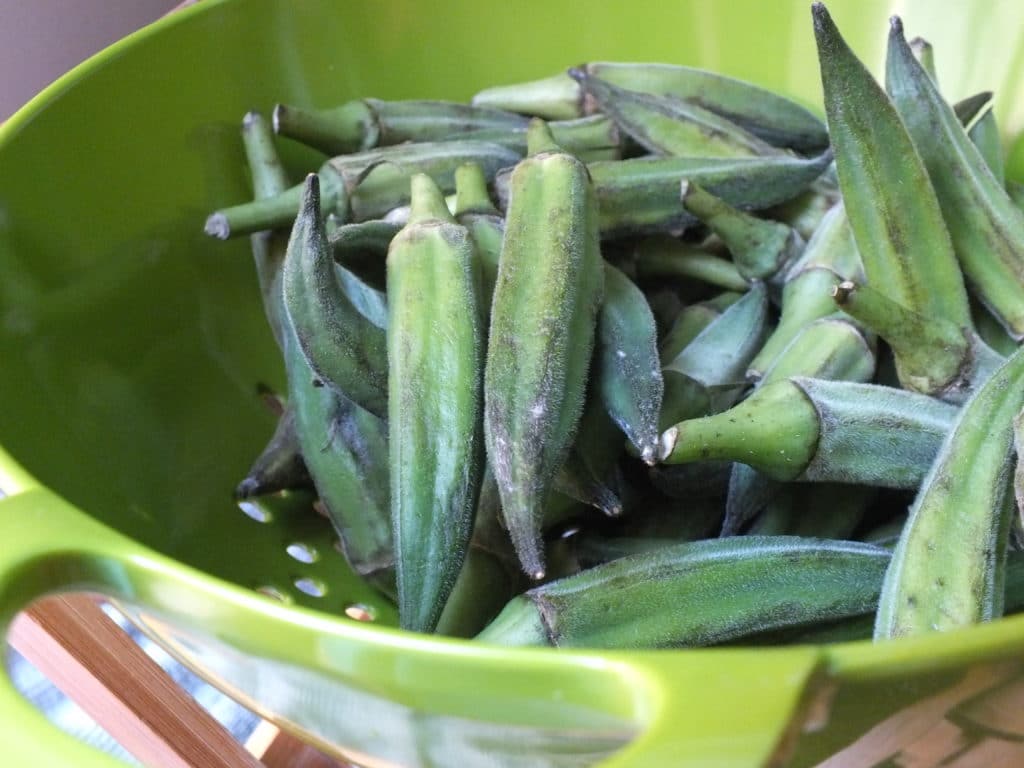 Before we go any further, let’s get one thing straight: Okra is not a vegetable. It is a fruit. I know, I was surprised too. But you know what they say — you learn something new every day. I also learned that okra is a little powerhouse of health benefits, and that should be plenty of reason to try it out. 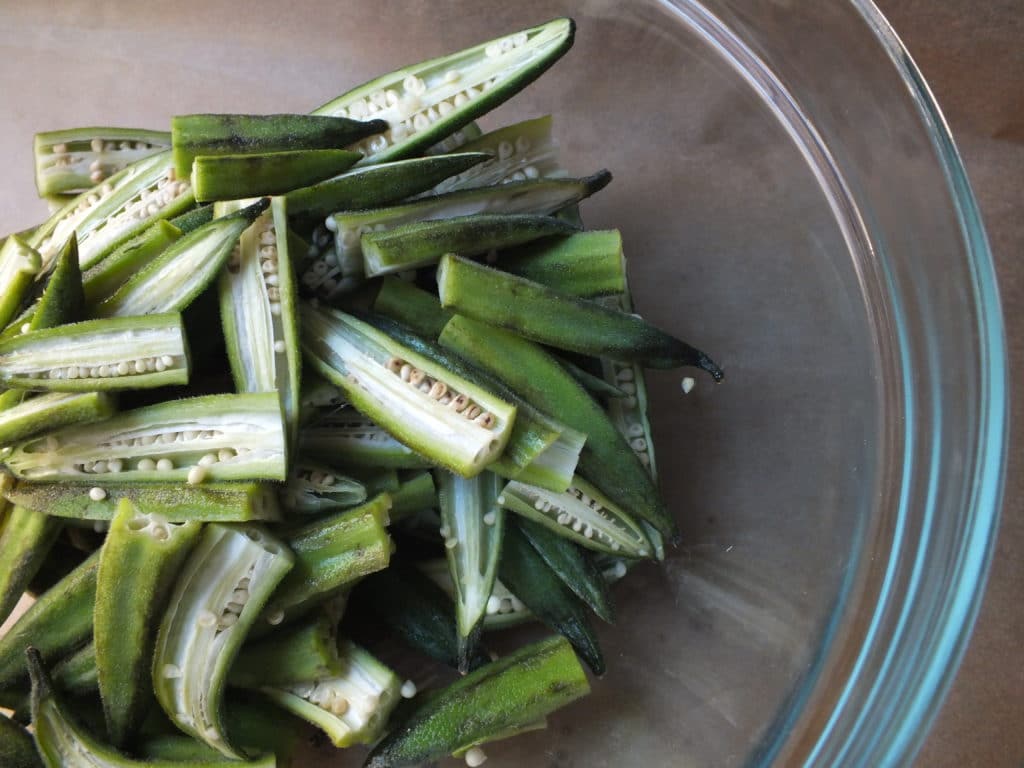 Okra has a bit of a bad reputation. A lot of people [I was one of these people] think that it has a slimy texture, which is true to some extent. When you slice it, you’ll notice some stickiness. Not to worry because, A) this stuff is really, really good for you and B) the off-putting texture disappears when it is cooked properly.

Like other alkaline foods, okra is especially beneficial for digestive and circulatory health. It regulates blood sugar, reduces inflammation throughout the entire body, and promotes the growth of probiotics. Its seeds are a prime source of plant-based protein with an abundance of important amino acids. I could go on and on about okra’s other redeeming qualities, but you get the point — it’s really freakin’ good for you. 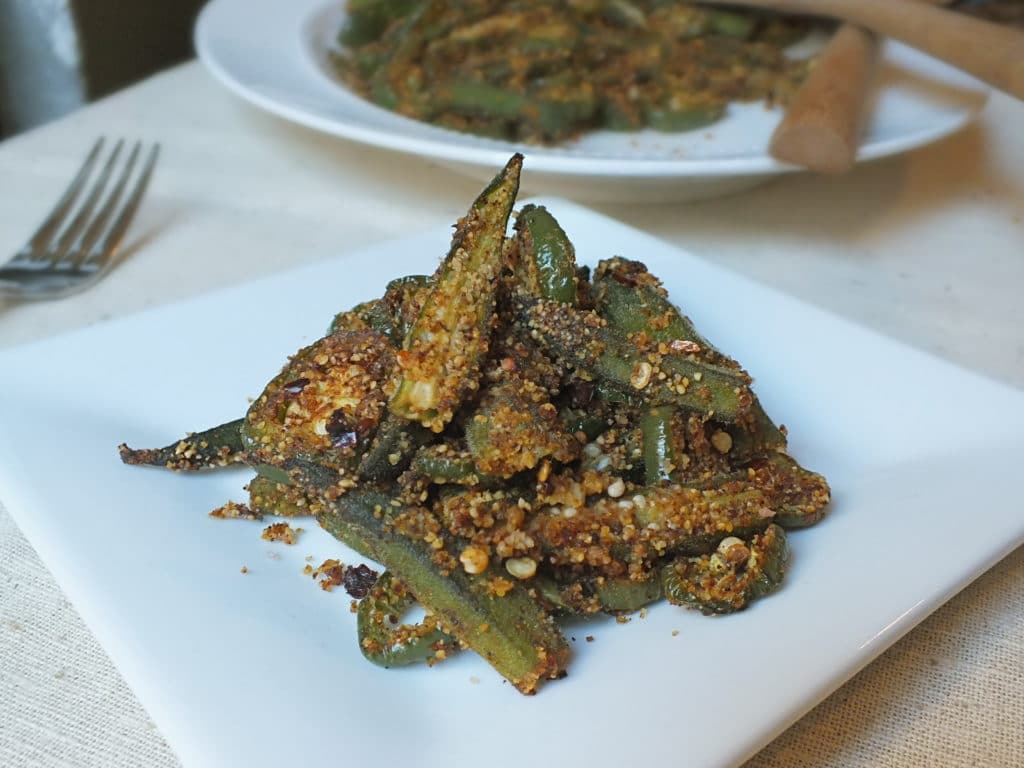 Don’t be like the food-judging old me. Don’t turn up your nose before you try okra the way it was meant to be enjoyed. Which is, if you haven’t already guessed, what this recipe will show you how to do. Seasoned simply and oven-roasted to perfection, okra makes for a delicious and healthy fall recipe. 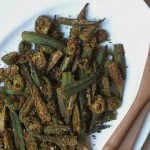 Spiced with jalapeños, chili powder, and chipotle, this okra side dish puts a crispy new spin on an unpopular veggie.