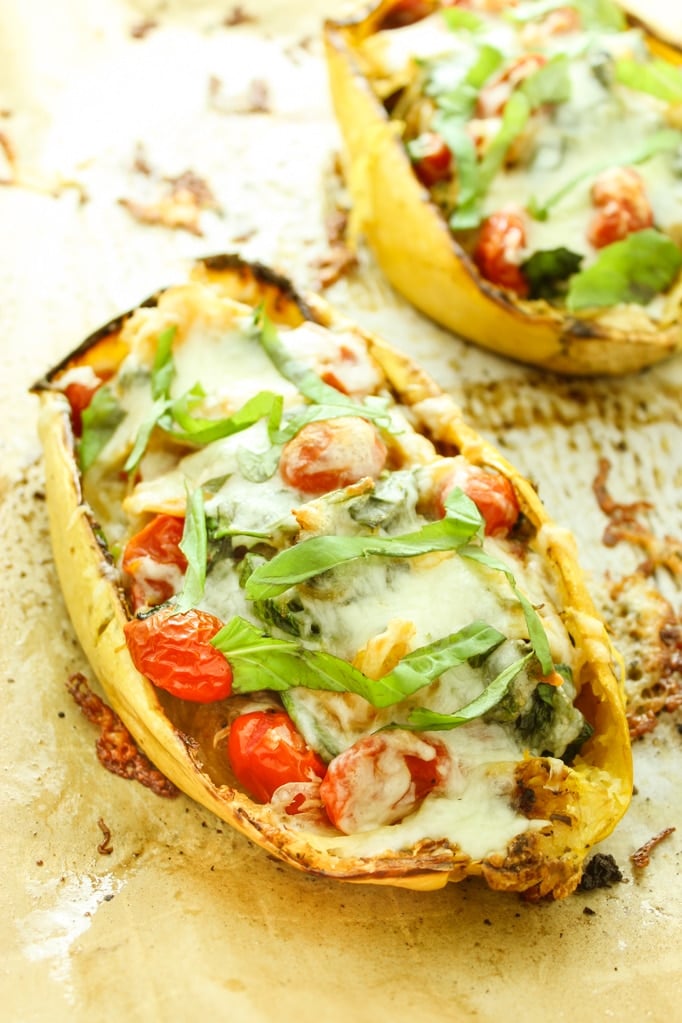 Here’s the thing with spaghetti squash – it can take a long time to cook. And as such, I don’t see the merit in waiting an hour-ish for the squash to cook, only to turn it into a casserole or a bake or waffles or a quiche crust. Ain’t nobody got time for that.

The beauty of spaghetti squash – in my opinion – lies in its simplicity. It is what it is. And what it is – is a beautiful squash with a personality all its own. Buttery and mildly sweet, with a texture that’s similar to crunchy, skinnier zucchini noodles.

My philosophy is this: keep it simple. And that’s exactly what we’re going to do with this spaghetti squash. 🙌 First, it goes into the oven for a quick 35-40 minute bake (depending on the size of your squash). Then you scrape out the “spaghetti” and toss it in a skillet with golden-brown garlic, burst tomatoes, and spinach and scoop everything back into the hollowed halves. A sprinkle of cheese, salt, and pepper and it’s back to the oven to get melty and crispy. 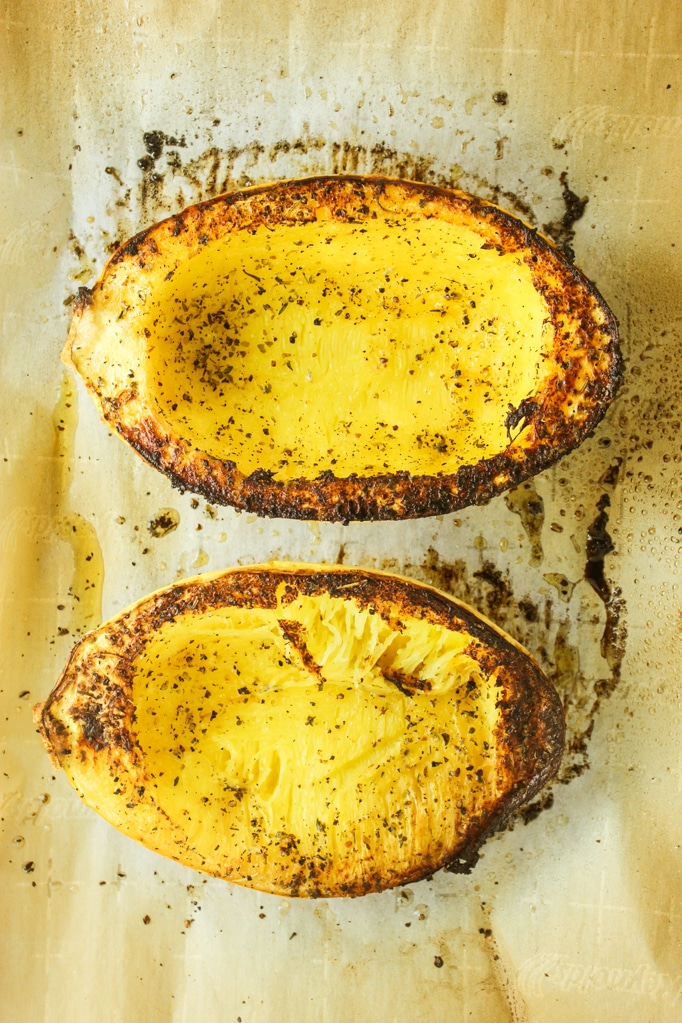 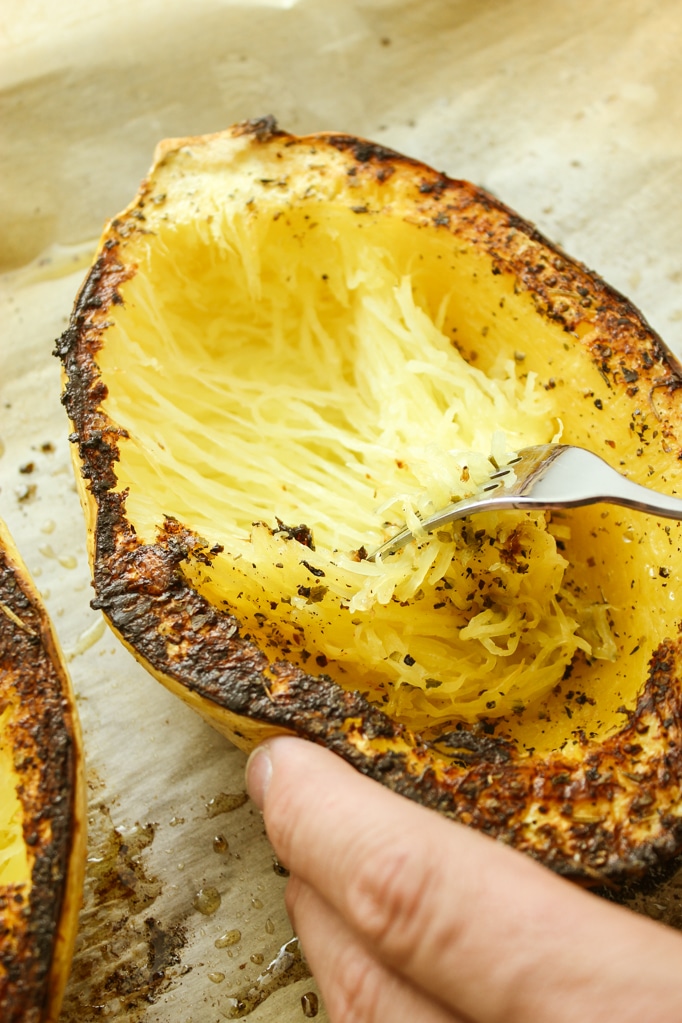 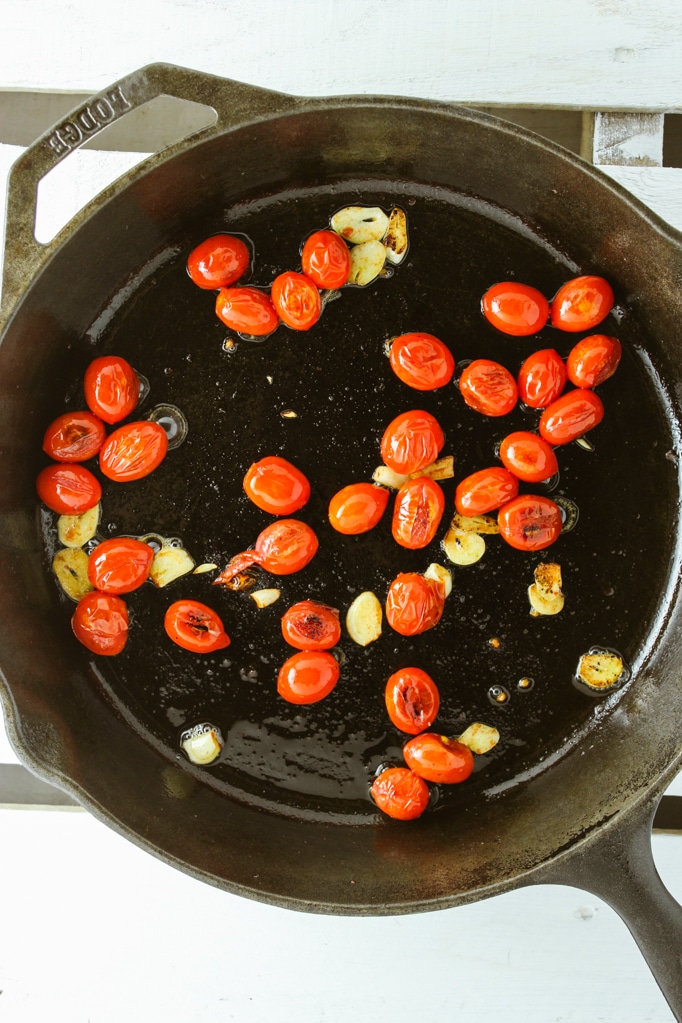 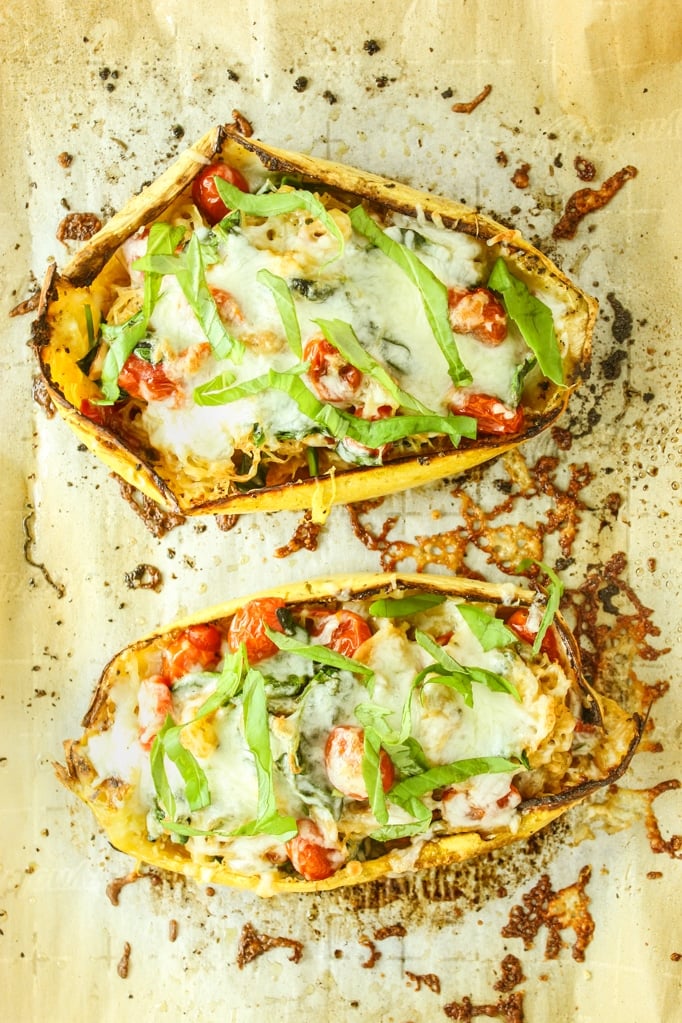 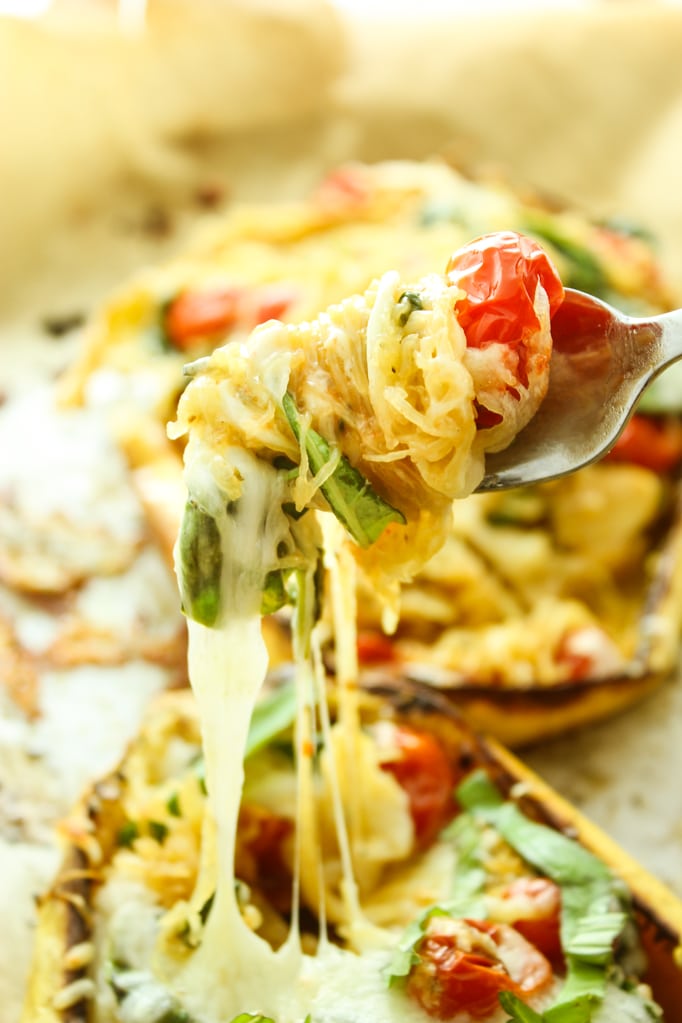 I think it’s cute + functional to serve this meal right inside the spaghetti squash halves. It’s like food that comes with its own bowl. 😍 Does it get any better than that?

This is the kind of meal that’s perfect for Saturday night. This served both of us as a main dish, but again – that all depends on how big of a squash you get. I prefer to buy them smaller because they roast faster… and perfectly serve the two of us with no leftovers. If you’re clever, you could double this recipe and heat up remaining halves for lunch throughout the week! 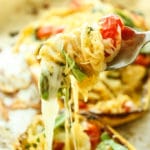 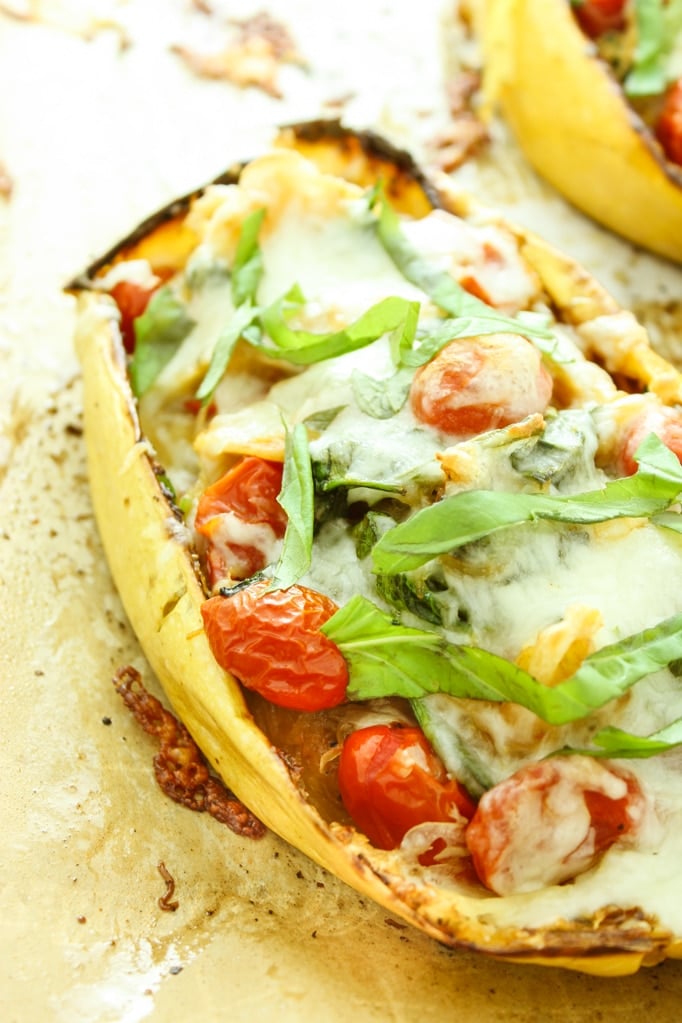