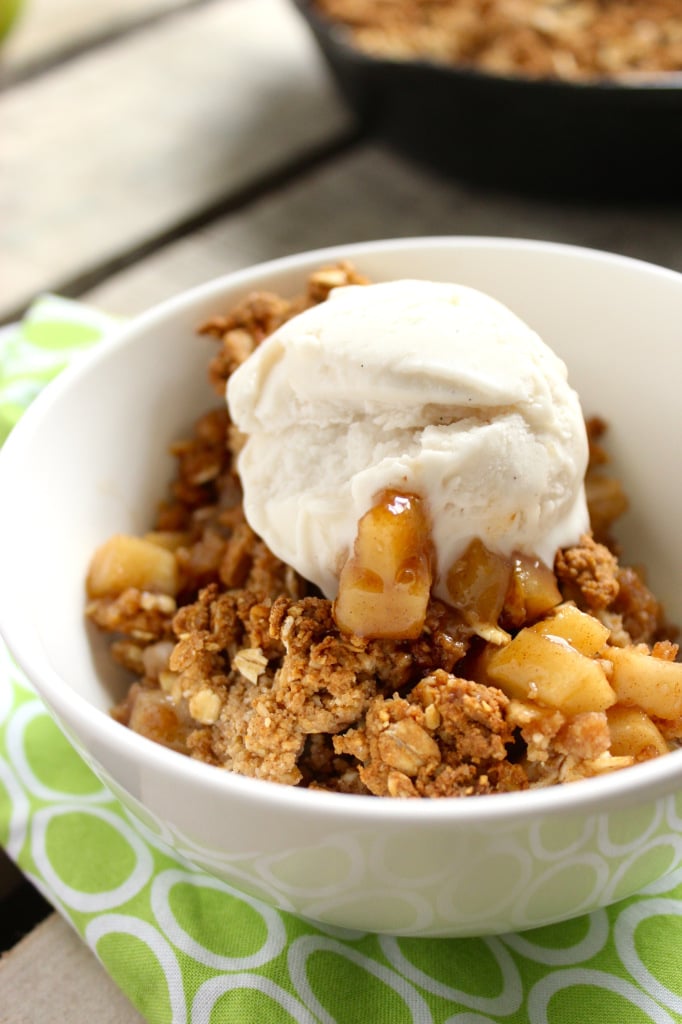 In case your Facebook timeline didn’t clue you in… it’s apple season! Everyone is flocking to the orchards and pumpkin patches for their annual dose of fall treats and photo ops. More importantly, though, this is the time of year when the Red Delicious gets drowned out by rarer, more flavorful cultivars like Cortlands, Suncrisps, and Northern Spys.

There’s more to fall than pumpkin — and this dessert is spiced, tart, crispy proof of that fact. 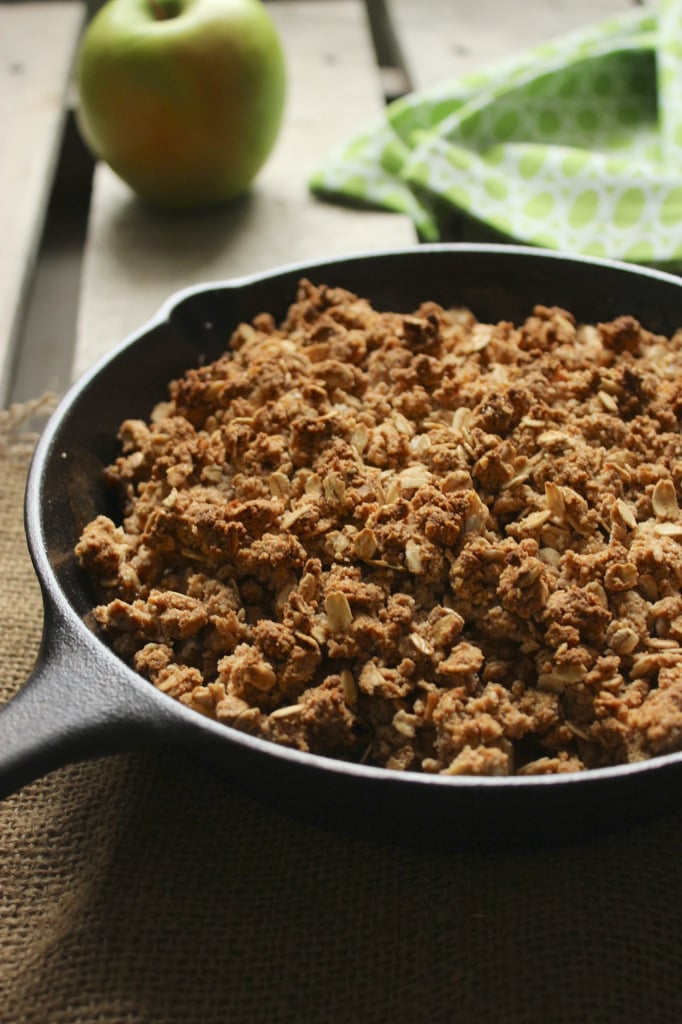 Like lots of kids, I remember looking forward to trips to the apple orchard every fall. More than the pumpkin patch and the petting zoo, I remember the apples and the fresh cider that I only got once a year. I remember my first time seeing bins of apples stacked higher than I could reach, labeled with funny names like Jonagold, Honeycrisp, and McIntosh. “Aren’t apples all the same?” I thought. Then I followed my parents around as they followed a smiley lady with a paring knife who carved out apple samples at their request. Some were tart, some were dry, some were mealy, and some were juicy. All apples were not the same.

Certain apples are meant for snacking, some are for making cider, and still others are for baking into desserts. Despite what you see on the average supermarket’s shelves, there is infinite diversity in apples. Breeding and growing them used to be a point of pride for American settlers who knew that they could change the flavors, colors, hardiness, and yield according to what they desired. I imagine most apple growers had a special row set aside to grow baking apples for the women of the house, to insure that they would have all the pie they wanted.

I like to use granny smith and honeycrisp because of the sweet-tart balance and juicy texture. If you have any secrets about choosing the right apple, I’d love to hear them! 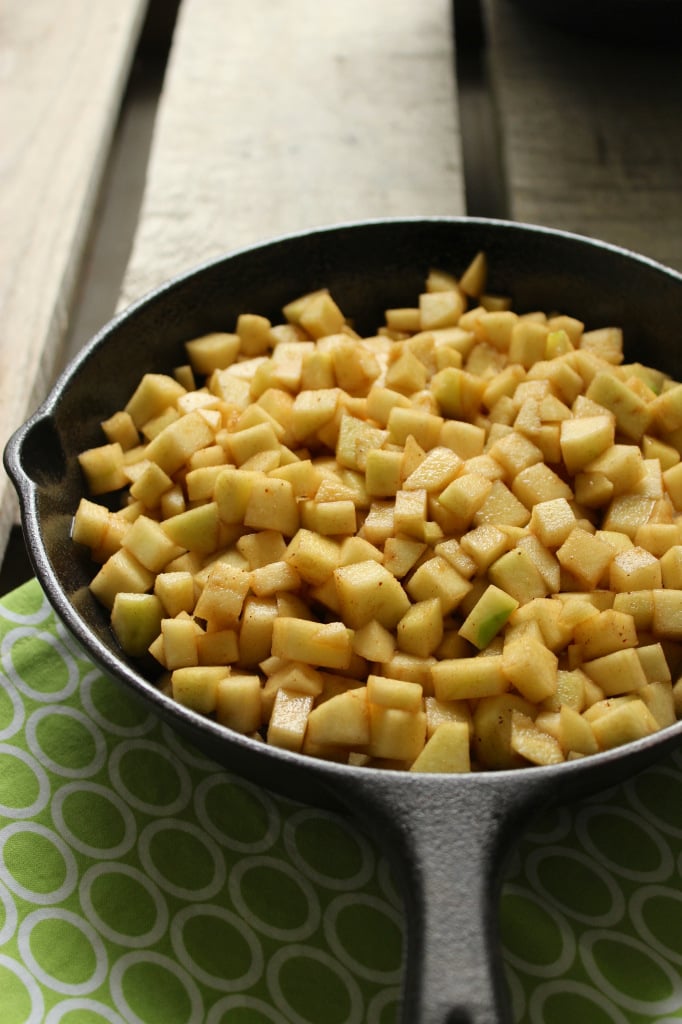 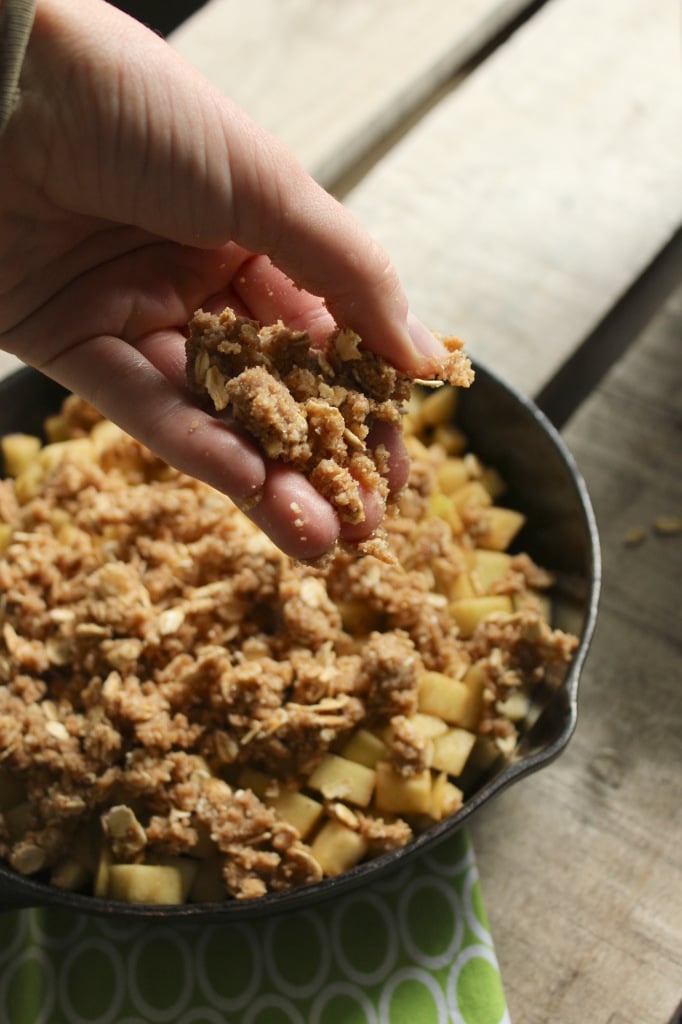 For quite some time now, I’ve been on a mission to create the perfect crisp topping. Everyone knows that it’s the best part of any crumble-type dessert. If it was up to me, every crisp would have a 75-25 topping to filling ratio. It’s all about that cinnamon-sugared blend of oats that turns toasty and crunchy after an hour in the oven.

Over the summer, I almost nailed it with those rhubarb rum crisps – but it just wasn’t quite right. I prefer a lighter, more oaty texture. So, I went back to the drawing board.

After plenty of trial, plenty of error, and plenty of almost-but-not-quite, I’m confident that I’ve discovered the perfect (vegan and gluten-free) crisp topping.

It’s the only recipe you’ll ever need, whatever the filling. Blueberry, peach, rhubarb, cherry – THIS is the topping. And if you ask me, it happens to taste especially delicious over spiced, tart apples. Maybe it’s the season, maybe it’s my love of apples, maybe [probably] it’s the crisp topping.

I love the simplicity of this recipe and that it’s easy enough to make on an average weeknight when the baking itch strikes. I also love that it can be taken to parties and family gatherings all year round with the same rave reviews, no matter the audience.

I recommend serving it with a generous scoop of coconut ice cream, but that’s just one girl’s humble opinion.

PS – Don’t you think this green napkin is the cutest?! I have to brag about it because it’s been forever since I got any new fabric for the blog, but I finally did! I think the right napkin spruces everything up so nicely and adds personality to the food. I found them from this super sweet gal on Etsy who allowed me to create a custom combination of napkins. Seriously, if you are in need of napkins for your own blog or for your dinner table, hit up Clear Sky Home! 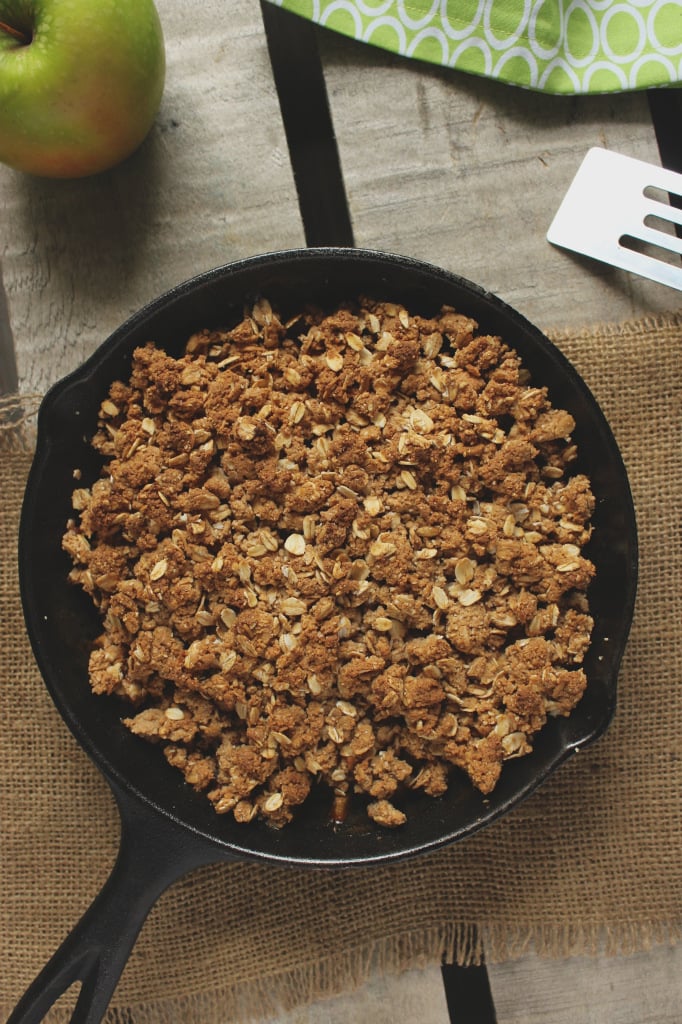 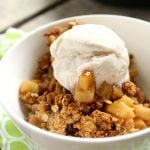 Sweet-tart and juicy fall apples are topped with the perfect crisp topping in this easy-to-make dessert.